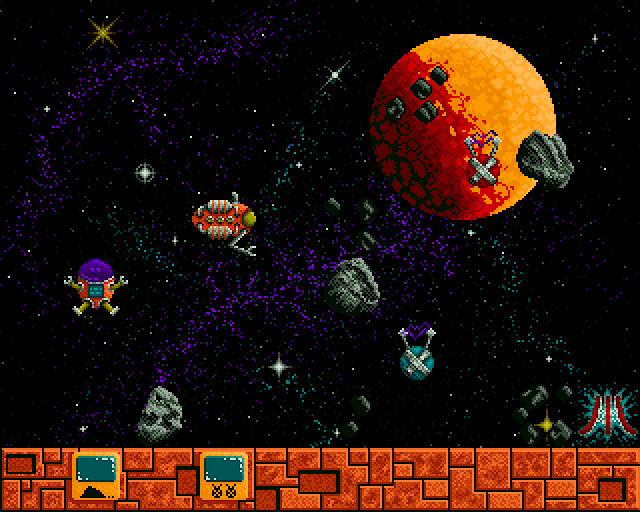 The next game to be mentioned and yet another Amiga title announced by us in the last couple of weeks, is a new demo for an in development Amiga game called ‘ Atarenium Falcon ‘. This game developed by Last Minute Creations, pits you against the Amigans Empire and their treacherous leader Great Miner. You must reclaim as much coal as possible stolen from Atari Tribe by the Amigans to win the game.

The idea behind the game is simple enough, collect as much coal as possible floating in space, find the robbo’s for a story, and get to the Atari Portals with as much coil as you have left. Atarenium Falcon for the Amiga is a very weird game and although the idea behind it is interesting, it can get very tedious, and the music is very repetitive. Lets hope it’s all improved for the full version.