Prolific Iran striker Mehdi Taremi had pounced to put his upwardly mobile charges 1-0 up. An enraging second half, however, for the 54-year-old featured three red cards, Switzerland striker Haris Seferovic’s leveller being ruled onside by the slimmest of margins and an 87th-minute clincher from revitalised ex-Borussia Dortmund midfielder Julian Weigl.

An infuriating low point, then, in a rewarding return to his home country after nine years away. This period on foreign soil contained a cacophony at Besiktas, gratifying work as academy director at Al Ahli, repeat dalliance with cherished promotion at fallen giants Sheffield Wednesday and an ultimately forlorn Premier League resuscitation of Swansea City.

The men from Vila do Conde – a coastal municipality more than 300 kilometres north of Lisbon which was, briefly, home to Liverpool and Brazil anchor man Fabinho – have benefited from Carvalhal’s sharp tactical brain.

A 2-1 victory at Vitoria Setubal last time out cemented their grip on sixth, plus moves them onto 27 points away from home – a club record. But how much longer will they be able to hold onto the agitated manager’s services, amid Record linking him to Norwich City and overtures from Saudi Arabia and the UAE?

“I am very happy about my club and my team,” Carvalhal tells Sport360. “I am not so much happy about the football in Portugal, in general.

“Still with the same problems. The big clubs are too much protected.

“There are big difference between Sporting [Lisbon], Benfica and Porto and the other clubs. There are big gaps – financial, support about everything.

“We are doing the best of the history in the club. But I am not sure about the future and everything is open.

“I can stay in Portugal – stay at Rio Ave or go to another club. I have some offers.

“Probably, I will go abroad as I have some offers from England and the Middle East.” 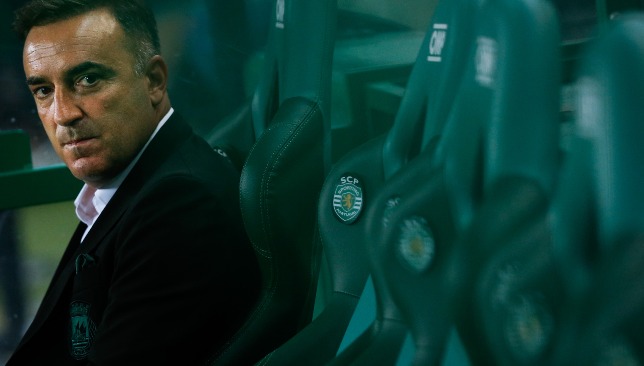 Rio Ave were undefeated in nine top-flight matches and serenely motoring towards a repeat of the club’s best-ever fifth-placed finishing position when coronavirus’ ravaging influence was felt in Portugal.

Play was, unavoidably, halted on March 12 in a repetition of scenes across the globe.

This was, however, reflective of the nation’s swift response. A first case had been registered only 10 days prior.

With the nation spared the horrific death toll suffered by many of their European neighbours, Prime Minister Antonio Costa gave approval for competition to resume – behind closed doors – on June 3.

The call, according to Carvalhal, averted “chaos”.

But what will be the lingering impact of the pandemic in a competition of contrasts? Business newspaper Jornal de Negocios estimated that Porto and Benfica led the way with €90 million budgets for 2019/20, Rio Ave are sixth with €9m and a quartet of clubs operate on just €3m.

Carvalhal says: “When you have a deeper boat, you can go further into the ocean. If we didn’t play and the money from TV didn’t come, I believe then the big clubs would have had a problem.

“Especially Sporting and Porto because they have some financial problems before the pandemic. Benfica are probably more balanced, with the finance.

“If we didn’t play, it would have been chaos. The small clubs can solve the problem with the salaries, because they don’t spend too much money on salaries.

“We played here like with the spirit of a mission. We knew that we must play, even if we take some risks.

“This is modern football. The clubs need money from the TV, the TV pay to the clubs, the clubs have money for the manager and players.

“We understand that this is life. We are playing, we’ll finish the season and we expect we’ll have fans in the stadium next season.” 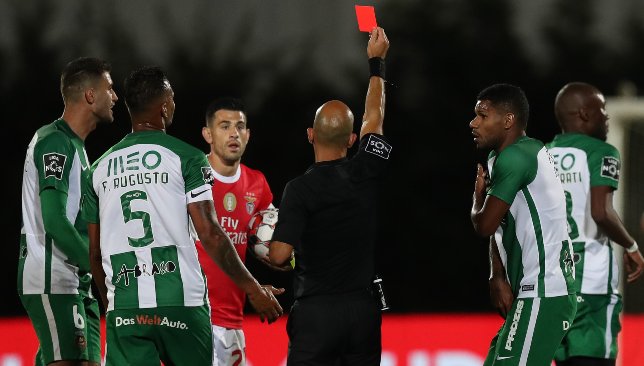 Al Musrati was the first of three Rio Ave players sent off against Benfica (EPA).

Experience is not an issue for Carvalhal, who inked a one-year deal at Rio Ave. A lifetime in football saw the ex-Portugal Under-21 centre-back compete as a player for 16 years, before commencing a 22-year coaching career from which Rio Ave are his 18th posting.

The return to action has not been without its difficulties. Rio Ave have won two and lost two of their fixtures, dropping a point behind billionaire backed upstarts Famalicao in fifth.

All past conceptions are parked when “everything is different”.

“After this, we had one week training together and then we started to play. This is a very hard situation to prepare the team.

“Also, it is very hard for us to prepare a team mentally. This is because they don’t have fun.

“You must be very strong with your goals, what you want to achieve. You must be more strong when you talk to the players, so they are more focused and have more concentration.

“More than this, they must play with intensity.

“Everything is different, but we must live with reality. This is the situation.”

The financial reality Rio Ave find themselves in has ensured a ‘revolving door’ transfer policy. Alumni include Manchester City and Brazil goalkeeper Ederson who was on the books from 2012-15, ex-Real Madrid left-back Fabio Coentrao began and finished his career at the club and Atletico Madrid’s outstanding Slovenia No1 Jan Oblak starred on loan in 2012/13. 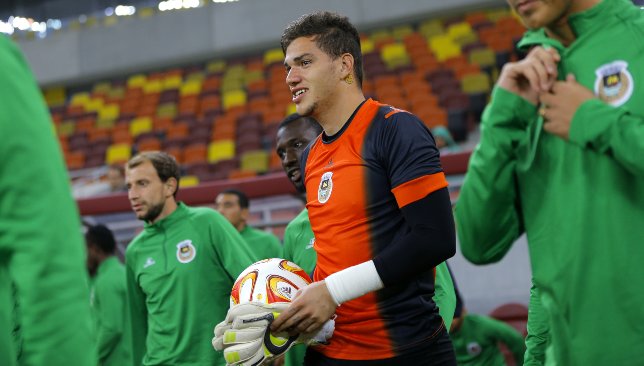 Their 2019 summer transfer window contained 13 senior incomings and 13 senior outgoings, plus a succession of temporary arrangements.

A standout success of their commendable campaign has been Taremi. The 27-year-old was lured to Estadio dos Arcos, on a free transfer from Qatar’s Al Gharafa, with the avowed intention of using his new employers as a springboard.

This mutually beneficial arrangement appears set to create a windfall. His impressive tally of 14 goals in 31 run-outs has garnered the interest of Portugal’s ‘big three’, while Bordeaux and Aston Villa are listed elsewhere as suitors.

“I know the player very well because I followed the national team with Carlos Queiroz [his compatriot who was in charge from 2011-19],” says Carvalhal. “I follow the team, I know the player.

“When he came, I assured him he’d be successful. The reality is that he is one of our players who has a big market.

“All the big clubs are looking at him. The press says all the teams like Sporting, Benfica and Porto want him.

“We know that there is, at a minimum, one team in Spain who wants him. There is one team in France who we have direct contact with also and there are English clubs looking to him.

“He is a player who, probably, at the end of the season will jump to a big club. This is something that makes me very happy as when we brought him, we made this proposal: ‘play good football, be inside the team, try to help the team and jump to a big club.’”

Another familiar face is the, infamously, itinerate Brazilian forward Lucas Piazon. A seventh loan spell since he joined Chelsea in 2011 has generated four goals in 19 appearances.

Carvalhal believes the nurturing atmosphere at Rio Ave is drawing out the 26-year-old’s best. 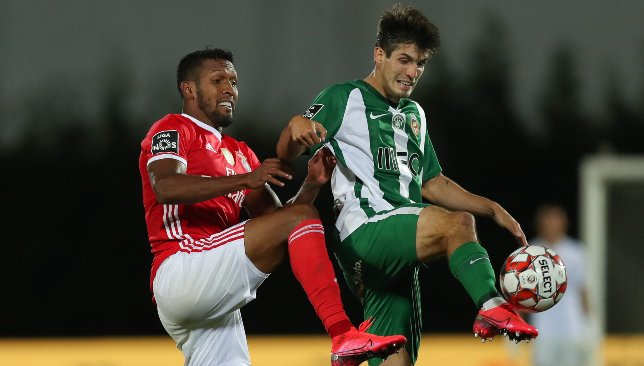 He says: “Lucas needed a challenge. He needed a quiet place where even if he didn’t do a good game, that the coach would keep playing him.

“We know the value of the player. I think he is very happy here and we are very happy with him, also.

“He is playing, really, very well. I think he realises something in a career that is important to him, because he is playing regularly.

“He is another player who we are very happy with.”

A memorable two-and-a-half-year stint in south Yorkshire introduced Carvalhal to English football, brought brushes with the top flight and an exit that induced “small pain”, as he told the Singing The Blues podcast.

These regulars of the Premier League’s early years had not been this close to a comeback since 2000’s relegation, or in the seasons since December 2017’s rancorous exit by mutual consent with the descending club marooned in the bottom half of the Championship.

Grateful supporters, however, made the pilgrimage to Rio Ave in February to thank the man who made them ‘dream’ – as the terrace chant went – again.

He recalls: “I remember after the second season, we’d achieved a play-off final and semi-final, plus the best winning rate in the club for 50 years.

“I am really very proud of what we achieved. We woke a sleeping giant, especially when we were in Wembley.

“It is something very positive. After we left Sheffield Wednesday, they’ve been in the middle of the table and never found the path again to try and achieve promotion.

“It is something that I wish, a lot, that Sheffield Wednesday could do that.”

Surprise greeted Carvalhal’s decision in 2013 to ditch front-line management and take up an advisory role at Dubai’s Ahli.

Time in the background, however, helped Carvalhal recharge and refresh. A sense of destiny defines residual feelings about the UAE.

Carvalhal says: “I think we did great work there. It was different work from being in-between Besiktas, a massive club, and after in Sheffield Wednesday and Swansea [City].

“In this gap, we were at Al Ahli and I think we did a great job there. We know the country, we know the football, we know the mentality.

“The challenge set to us in that moment was something exceptional because we worked in professional football all our lives. It was a little different, but it was really enjoyable.

“From the work, to our friends, my coaches there, the chairman at that moment [Abdullah Al Naboodah]. When we left to go to England, I said to my friends we’d be back to the Emirates one day.

“I do not know if it will be next season, but for sure I will work in the Emirates.” 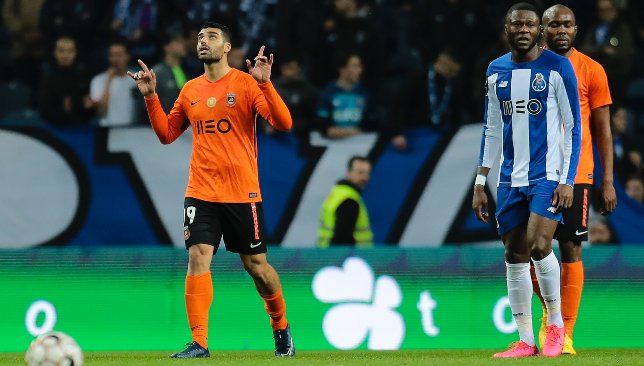 Coronavirus has upended lives across the globe and football has not been impervious.

Life, no matter how changed, must go on.

Carvalhal says: “I remember the first day when we restarted, the players were like kids.”

“Really very happy to be back, because they were at home, in apartments. Even with the social distancing, we were together.

“Of course, we are not completely happy but we are happy to be working and we are doing what we like. It is not a question of money.

“We are very unhappy when we are at home.”