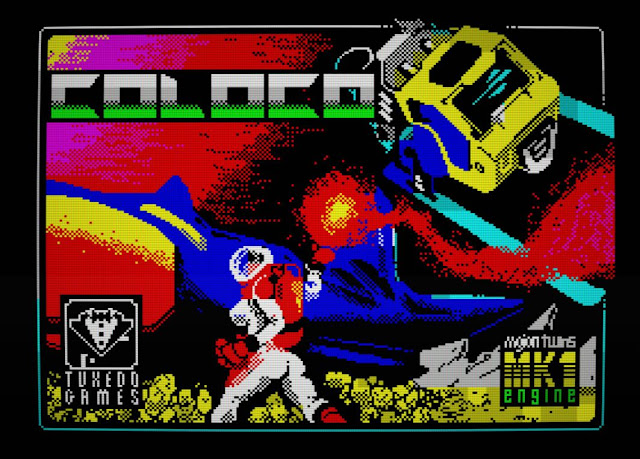 It’s a Monday and you know what that means? NEW GAMES! Yes indeed the first one up that was released over the weekend, is Tuxedo Games ZX Spectrum release of ‘ Coloco ‘; This new title developed using the Mojon Twins Mk1 Engine, is a game in which you are on a mission to rescue those that have been stranded, as their second hand rockets have crashed in the most unpleasant of places.

Featuring 30 levels spread over three worlds, you must guide your little ship through dangerous locations, to rescue those that have been stranded. Be careful however, as not only can you crash into things and blow up into tiny pieces, but you must also be wary of other dangers and your fuel gauge! So good luck out there, keep fueled up and land on a close platform for a successful rescue mission.