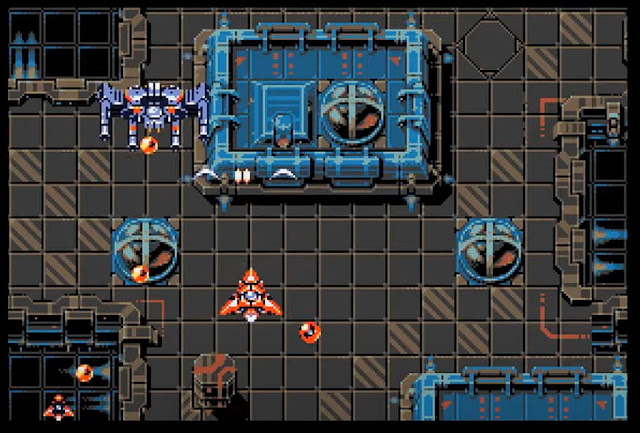 New games are coming in thick and fast for the Commodore Amiga, as not only did we mention Chicken Chaser, BlitzWays, and EON Amiga, but as of now another game has just appeared to whet our appetites. Titled as Ftype, this new game being developed using Amiblitz3 and coded by fabbroz. Is an upcoming top scrolling shoot em up, in which you must destroy waves of enemies and end of level bosses.

Available as a demo download with recommended system specs of an Amiga 1200. This game looks to feature smooth scrolling, lots of enemy types, decent animations, well designed space stations and levels, and finally an upbeat soundtrack. Currently the game is at a very early stage of development, so any issues, slow downs or bugs will most likely be fixed down the line.