Now that you can pick up this week’s batch of free games from the Epic Games Store, it’s time to look ahead to what’s on deck. Next week’s free Epic Games Store title has been revealed, and it’s a delightfully relaxing game called Wilmot’s Warehouse.

No shame if you missed this game last year, because it didn’t arrive with much of a splash. But don’t let that keep you from picking it up, because Wilmot’s Warehouse packs a lot of depth into a simple-looking package. You’re Wilmot, who is a square – you might be reminded of Thomas Was Alone, at least at first. But the action here is based around managing a large warehouse and making decisions about where to put stuff so you’ll be able to find it when you need it.

“A game for people who like to organise stuff,” reads the description, and it’s true – Wilmot’s Warehouse might be just the game for any Marie Kondo fans out there. Each day begins with an organisation phase, during which you’ll receive deliveries and stash the boxes that arrive around the warehouse however you see fit.

You have as much time to do this as you want, and when you’ve got everything the way you want it, you’ll start the fulfillment phase. Customers will arrive at a window and ask you for things, and it’s your job to bustle around the warehouse and find what they want. 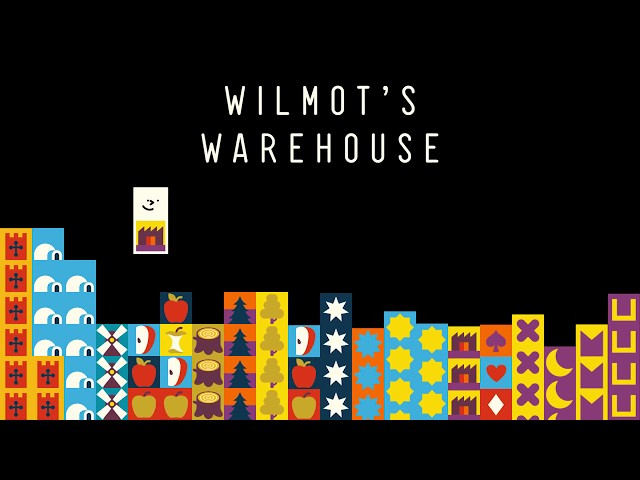 It sounds simple enough, but when you get to the point where you’re dealing with more than 30 types of goods – each marked with some kind of unique packaging – it can be tough to stay on top of the orders queuing up.

Wilmot’s Warehouse was nominated for an excellence in design award at the 2018 IGF Awards, and it’s certainly one that’s worth checking out. You’ll be able to get your copy free from the Epic Games Store starting August 6 at 8:00 PDT / 11:00 EDT / 16:00 BST.