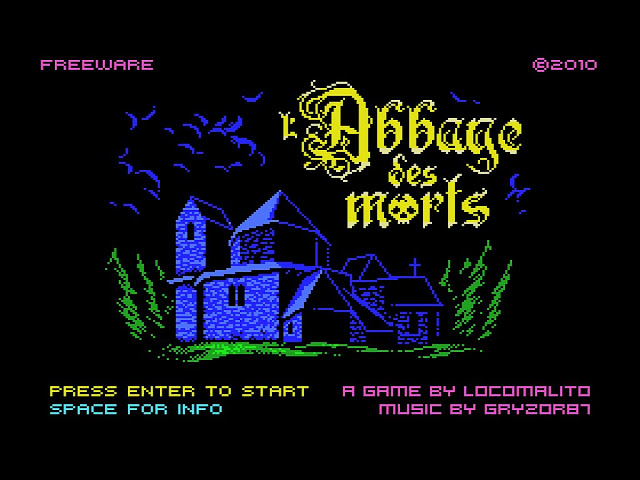 If you’ve been following Indie Retro News through these last few years, you would’ve known about Locomalito’s awesome retro styled platformer ‘L’Abbaye des Morts’; a game which not only appeared on the PC, but as a release on the ZX Spectrum, a port for the Amiga OS 4, and yes even a port for the Sega Megadrive and the C64 with stunning music by Gryzor87. Well we’ve not finished talking about the game just yet! As today we are pleased to announce the game has been released on the MSX via the MSXdev’20 #15 thanks to the team effort of RetroDeluxe.

Just as in the original version you play as a religious preacher attempting to out run crusaders who disagree with his practice, only to find himself fleeing into a haunted church. With plenty of rooms to explore and enemies to evade in a Jet Set Willy vibe, Abbaye Des Morts has plenty of gameplay for both retro gaming fans and new gamers a like, that now even owners of the MSX can experience.